With the new Rotary year beginning, the ROtary Club of Oxford Spires held their AGM and Assembly meeting. We say goodbye to past-president Katy Goodey and welcome to new club president Richie Gray.

Every year Oxford Spires Rotary Club chooses a new President. This year it was club member Richie Gray’s turn who was previously a member of Oxford Rotaract. Richie Gray gave his presentation to the other members of the club and Assistant Governor Brian Jonson. 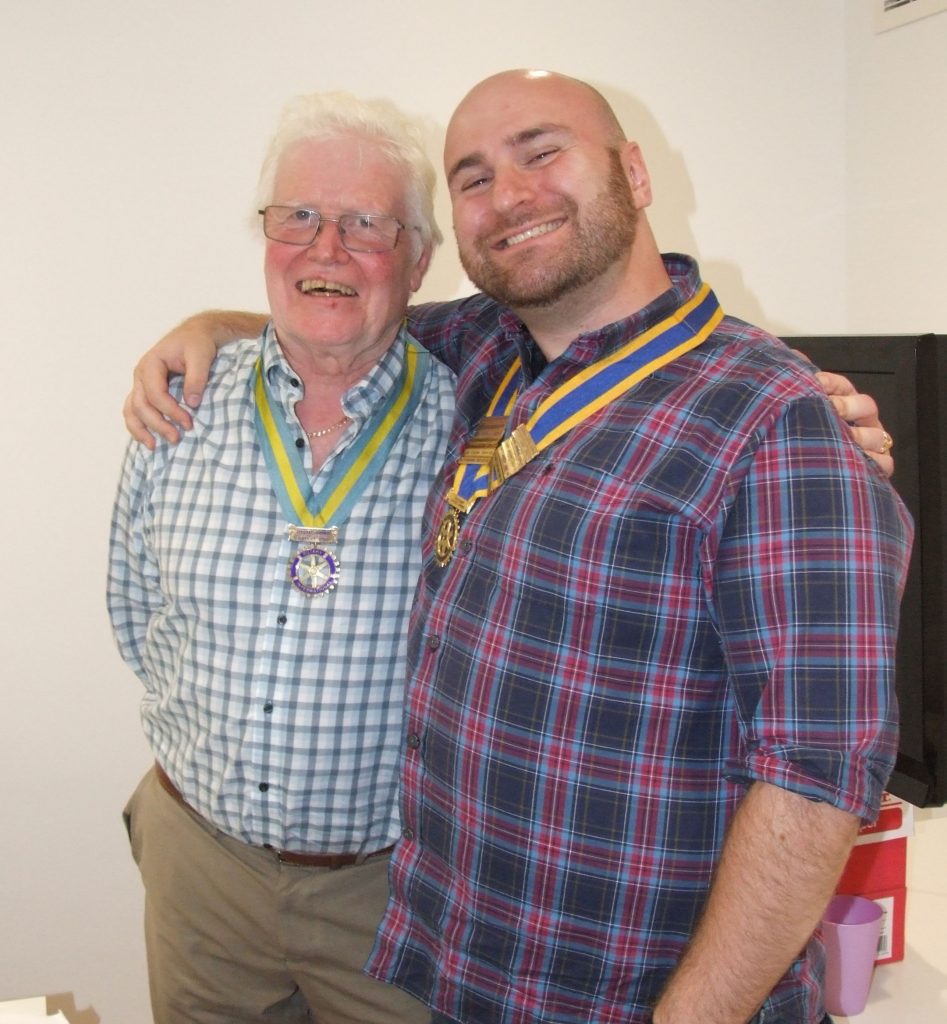 Richie announced who his council members are. He announced that the club members will be voting for the chosen charity. We will be announcing the results of the vote in the near future. Richie continued his presentation and shared with the other club members what his goals are for the year. Membership was a subject that he addressed and he announced that he wants two new members (that have no prior knowledge of Rotary) to join Rotary Oxford Spires. We are fortunate to have three new ROtarians join our club late last year.

He hopes to use technology to make it easier for members to communicate with each other even from across the globe. Which is why one of the ideas that the club will be trying out is using technologies like Skype to allow members to attend meetings virtually. This also ties in with strengthening the relationship with the ROtary E-Club of Bodensee, Germany.

Rotaract and Rotary Youth Schemes are also subjects matters that mean a lot to Rotary as a whole. Richie plans on driving the initiative to sponsor an individual to attend RYLA, Rotary Youth Camp and more. There will also be a strong sense of teamwork between Oxford Spires and the Rotaract Club of Oxford.

With all these new ideas of doing things and even plans for a potential new event on the horizon, Rotary Oxford Spires will continue to do the things that it has done in the past, with gusto! We will be doing The World Poohsticks Championships, we will be attending Truck Festival selling our well sort-after onion bhajis and lentil dal and we will be singing Christmas carols around Woodstock.
2017/18 is shaping up to be a very ambitious year with big goals to achieve and challenges to overcome.